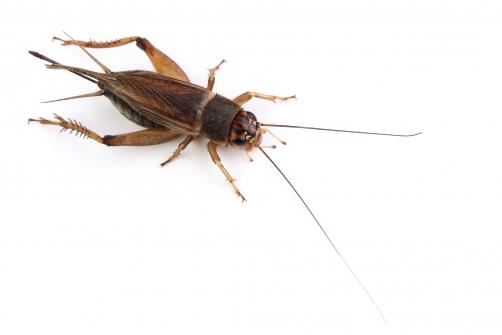 But investor interest is just one aspect of the recent tide of bug-focused events, products and initiatives that indicate this industry is primed for growth. Here’s why we think this food trend has true potential.

The first conference in the United States entirely focused on entomophagy took place in Detroit from May 26 to 28. Hosted by Wayne University, the three-day Eating Insects Detroit conference aggregates edible insect manufacturers, researchers, nonprofits, nutrition experts and more to “provide everyone, whether experts or novices, with a better understanding of the culture of insects as food so that we can each go forward and inspire change,” according to the conference materials. Also on the agenda: sampling insect-containing products, of course.

A slew of new documentaries have recently debuted, including “The Gateway Bug,” a Kickstarter-funded movie that garnered nearly $20,000. Likewise, the documentary“Bugs,” which depicts how insects can appeal to those interested in sustainability, policy and cooking, made rounds in the Tribeca Film Festival.

Like Food Inc. impacted the food industry—highlighting the proliferation of GMOs and factory farming—edible insect documentaries can help normalize entomophagy on a large scale, and can make the practice more palatable.

Consumer education is a large hurdle facing the edible insect industry. Many adults are conditioned to view insects as pests, rather than food, and believe they carry disease or bacteria.

Aptly named Little Herds is a nonprofit that focuses on education and being a resource to the public. “A big limiting factor to eating insects is of course the psychological taboo,” says Little Herds President Robert Nathan Allen, who says the organization participates in family friendly events like festivals and children’s museums. “The littlest kids—the ones who are three, four and five years old—grab a roasted cricket and start chowing down. The parents are the ones freaking out. This is a great opportunity to speak out and educate that insects can easily be incorporated into a variety of foods your kids love.”

Mostly possible via crowdfunding campaigns, innovations for home insect farming systems are increasing in popularity. One such company, the Livin Farms Hive, even shattered their goal of $100,000 by bringing in $45,429 more. These companies help grow the edible insect market by empowering consumers to grow their own protein (and in many cases, feed their food scraps to insects), which helps make eating insects more mainstream.