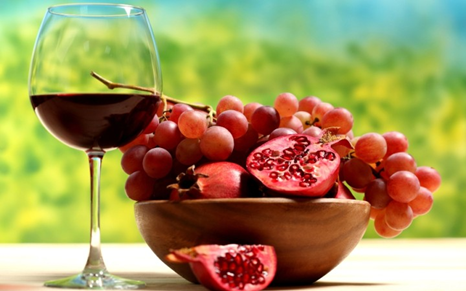 Resveratrol may help strengthen the blood brain barrier to defend against molecules that cause inflammation, recent research says.

Resveratrol, a compound found in red wine, dark chocolate and blackberries, appears to boost the brain’s defense against Alzheimer’s, according to new information gleaned from a 2015 study and published in the journal Neurology. Georgetown University researchers presented the findings at the Alzheimer’s Association International Conference 2016 in July.

“These findings suggest that resveratrol imposes a kind of crowd control at the border of the brain. The agent seems to shut out unwanted immune molecules that can exacerbate brain inflammation and kill neurons,” neurologist Charbel Moussa, MD, PhD, scientific and clinical research director of the Georgetown University Medical Center Translational Neurotherapeutics Program said in a university release. “These are very exciting findings because it shows that resveratrol engages the brain in a measurable way, and that the immune response to Alzheimer’s disease comes, in part, from outside the brain.”

The inflammation that damages the brains of people with Alzheimer’s is believed to be a reaction of the buildup of abnormal proteins that harm neurons. Researchers have believed that the inflammation that worsens the disease came from immune cells that were already in the brain. But this study suggests that some of the immune molecules that can cause inflammation in the blood can enter the brain through a leaky blood-brain barrier. It’s this barrier that resveratrol may help strengthen.

“These new findings are exciting because they increase our understanding of how resveratrol may be clinically beneficial to individuals with Alzheimer’s disease. In particular, they point to the important role of inflammation in the disease, and the potent anti-inflammatory effects of resveratrol,” study leader R. Scott Turner, MD, PhD, director of GUMC’s Memory Disorders Program and co-director of the Translational Neurotherapeutics Program, said in the release.

While resveratrol warrants further testing, it’s not likely to be a solo treatment for Alzheimer’s, said the researchers. It doesn’t defend the brain against tau, a protein aggregate involved in the disease, so a successful treatment would likely combine resveratrol with an agent that targets that protein.