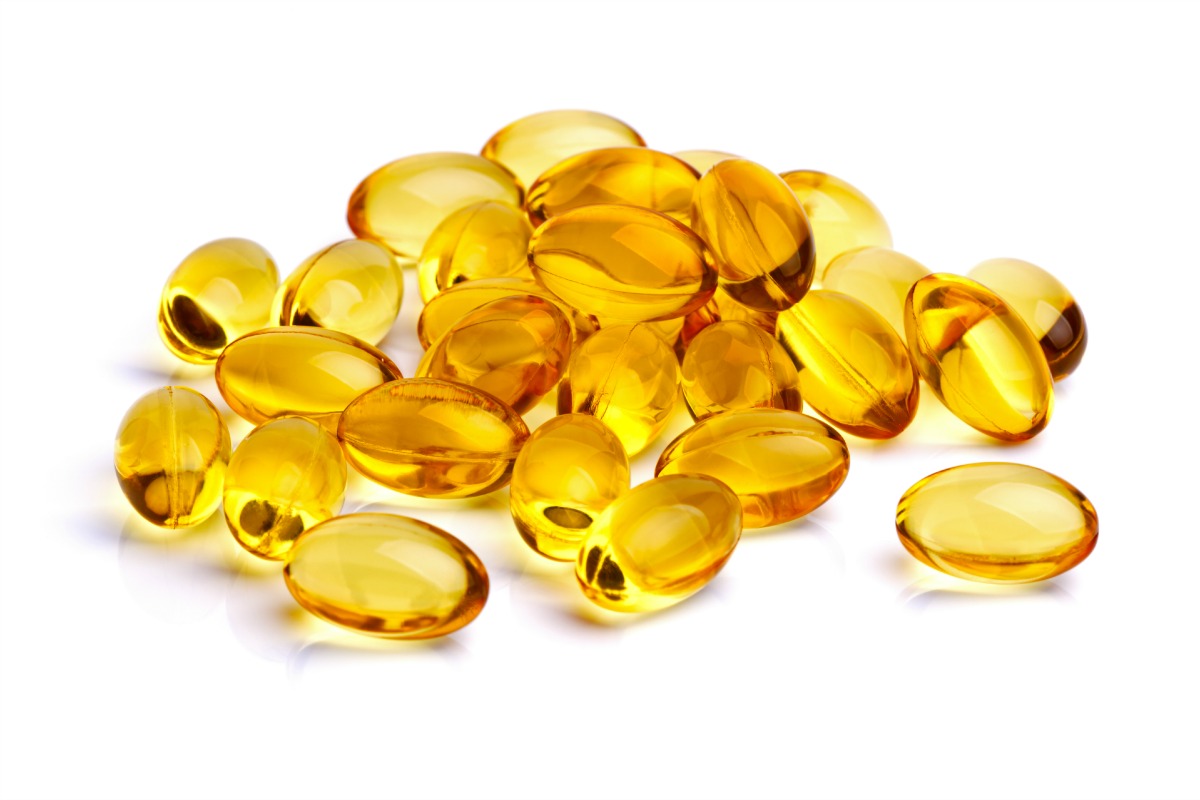 According to new research, fish oil may fight middle-age bloat—those pounds that appear midlife as predictably as the freshman 15, but with less fun involved (usually). The omegas in the fish oil transform fat-storage cells into fat-burning cells, according to a study that appears in Scientific Reports.

The fish oil activates receptors in the digestive tract, fires the sympathetic nervous system and induces storage cells to metabolize fat, the Kyoto University scientists who conducted the study told the journal.

It all comes down to different types of fat tissue.  Not all of them store fat. White cells do, but brown cells metabolize fat to maintain a stable body temp. Babies have lots of brown cells, but we lose them as we grow. Recently, scientists have identified a new beige type of cell that work much like brown cells. These also also disappear as we approach middle age. Without these handy metabolizing cells, we tend to pack on the pounds. The researchers sought to determine whether eating certain foods could increase the amount of beige cells.

“We knew from previous research that fish oil has tremendous health benefits, including the prevention of fat accumulation,” senior author Teruo Kawada said in a university release. “We tested whether fish oil and an increase in beige cells could be related.”

“People have long said that food from Japan and the Mediterranean contribute to longevity, but why these cuisines are beneficial was up for debate,” said Kawada.  “Now we have better insight into why that may be.”