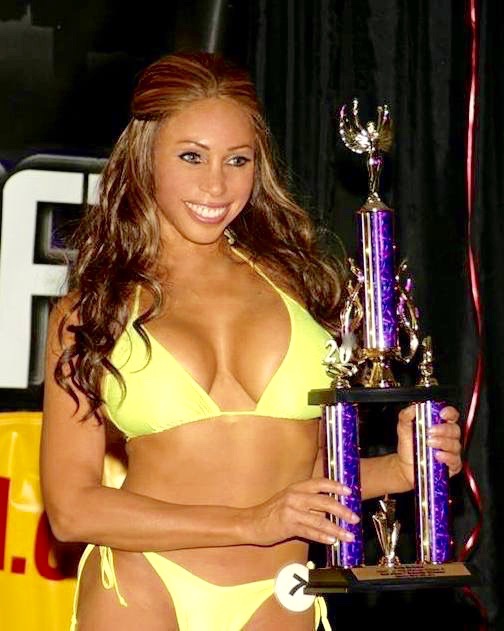 I’ve been out of the loop for a little bit with the holidays , celebrating a birthday and  all but I’m back. You will find that this will happen from time to time but don’t you worry …..as long as you get yourself back on track, you will be fine. This will also happen with your workouts. We all get burnt out and need a break. You will even find that after you take that time for yourself, you come back even stronger. This can always be a positive so don’t be too hard on yourself . Stay on track and resume back to your daily goals with lots of energy and perseverance than ever before. Have a super day!

My name is Santana Rodriguez. I'm originally from Buffalo, NY but reside in Los Angeles,CA . I was a fitness competitor in 2003 taking the the overall title for ABA federation called Miss Team USA Modelquest Champion. In 2007, I became a segment host and producer for the fitness segment of a TV show based out of NYC titled NYCTV Profiles. In 2012, I represented a California state pageant representing the city of Los Angeles. what an honor that was. This year in 2014, I came in 2nd to a regional competition in Los Angeles. In addition to all of this, Ive been featured in numerous magazines as well obtaining 5 covers. I've not only had the greatest time competing and doing print work,but have had the greatest time educating and meeting people. I truly love life. Always do what's passionate in your heart and help as many people as you can along the way.... And most importantly, thank God everyday for being on this earth and being blessed enough to have a space in this world.