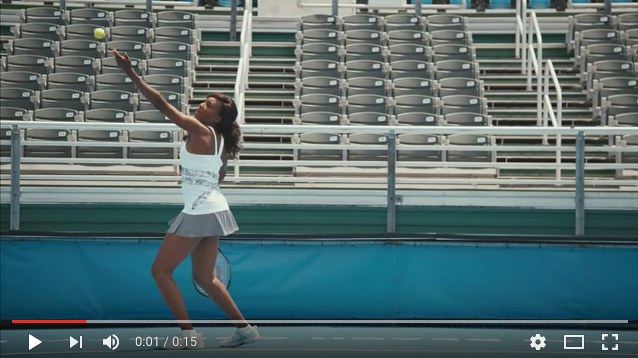 Everyone knows that Venus Williams, four-time Olympic gold medalist and winner of 62 tennis titles, is cool. But plant-based milk? Not so much. But by featuring Williams, who follows a vegan diet, in their new ad campaign (along with DJ Khaled) Silk reinforces the message that eating plant-based can adequately fuel healthy lifestyles.

Silk collaborated with the ad agency Fallon to produce the campaign, which also includes the hashtag #DoPlants, a refreshed website and “a ‘Path to Plants’ digital series, which stars Williams and other plant advocates,” according to a press release.

The campaign is not intended to transition viewers into an entirely vegan or vegetarian diet. It’s purpose, rather, is to inspire consumers to choose more plant-based options. “People are looking for nutritious choices in their diets,” says Matt Benka, WhiteWave account general manager at Fallon. “There is an opportunity to incorporate more plants into their lives without changing their current behavior, and our first campaign for Silk delivers on that in tone and attitude.”