Yes to Curcumin, but Ayurveda Still Awaits its Moment 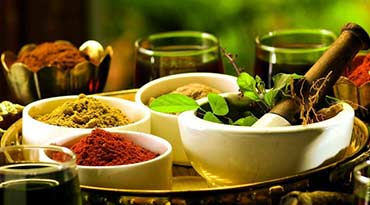 Yes to Curcumin, but Ayurveda Still Awaits its Moment

Healthcare remains a hot topic in America, especially if a Republican-led federal government decides to enact another complete overhaul of the U.S. health care system.

The 5,000-year-old Indian system of health care, called Ayurveda, may be ready to present new health care solutions to an increasingly receptive consumer base. However, that is not to say that the segment does not have a long way to go in addressing significant consumer misperceptions about this complex, ancient system of medicine.

A case in point is the widespread interest in turmeric seems to have little or no connection to Ayurveda.

One of the disconnects is that companies in their marketing have presented curcumin, but not the health care system behind it.

“So turmeric has just become another herbal supplement among all the other products on the market,” said P.K. Davé, founder and CEO of Nature’s Formulary, a pioneering Ayurvedic brand. “But unless they understand the system, why would they give up ginseng to take ashwgandha?”

That is the challenge going forward, he said. “We have to find a way to differentiate the two and then say, ‘Oh by the way, here is the health care system behind this.’ We are trying to do this, but our megaphone is still small.”

Many companies are stepping up their education efforts. Verdure’s Kristen Marshall sees much of the onus of responsibility on suppliers. “As always it is important to help educate consumers on the applications of the supplements they are seeking. Ingredient suppliers can continue to educate their consumers and finished products formulators.” But, she added, “I do not think most consumers at this time have a strong understanding of Ayurvedic medicine. There seems to be a better understanding of Ayurvedic philosophy.”

Ayurvedic products remain decidedly niche, even as its flagship ingredient is a best-seller. So while Ayurvedic medicine is still in its infancy in the U.S., it is an active and growing pursuit. And the concept of Ayurveda, with its focus on balance as a way toward wellness, is neatly aligned with modern American health concerns.

“I think the tonic wisdom of these systems are being researched to solve current 21st century problems,” said Sabastian Pole, founder, herbal director and master herbsmith for UK-based Pukka Herbs. “These are involving stress, poor sleep, fatigue, imbalances in immunity and cascading inflammation that leads to slow-burning degenerative diseases.”

For a great deal more on Ayurveda, from its governing philosophy to the leading herbs as well as ingredient suppliers, download the Engredea Deep Dive: Ayurveda 2016—Ancient Wisdom in a Modern World: Meeting People Where They Are.