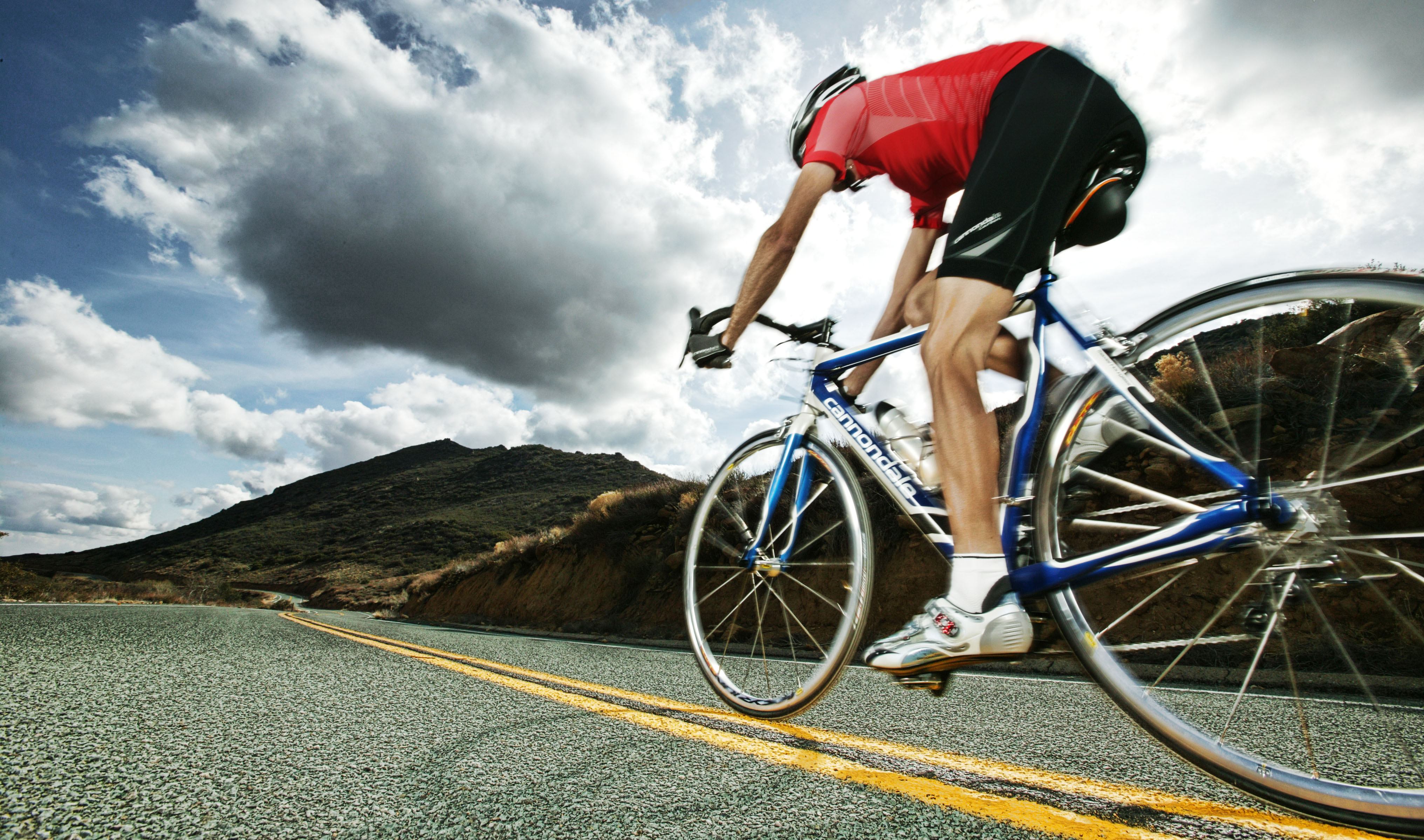 Some of the health benefits of cycling include muscle toning, improved cardiovascular health, and better blood circulation. These health benefits are the reason behind the consistent popularity of cycling for many years. It is one of the simplest forms of working out as a form of moderate physical activity that is required by the human body. It is not only an exercise; it is also used as a means of transport in many countries. Using cycling helps in incorporating physical activity in your daily life. From children to the elderly, every person can easily choose cycling for a healthier life!

In the year 1817, the concept of cycling was invented by Baron Karl von Drais. What he invented wasn’t exactly the bicycle which we know and use. He actually invented a walking machine that helped him to walk in the royal gardens faster. This device had wheels, but didn’t have any gears, chains, and peddles. Also, it moved ahead by pushing his feet against the ground. With an improvement in this technology, this crude device was eventually transformed into the modern day bicycle.

Strengthens and Tones Muscles: Cycling is an activity that involves a great deal of pedaling. Usually, it is assumed that this activity helps only in toning the muscles of the calf and thighs, but it is actually an overall physical workout and involves the movement of almost every part of the body. The arm muscles are also strengthened, because they are required to balance the cycle. In children, a strong improvement in bone and muscle health has been noticed after regular cycling sessions. There is even strong evidence showing that the health of muscles is directly related to cycling. Due to the increased flexibility of muscles, aerobic fitness receives a boost.

Diabetes Control: Diabetes increases the risk of various diseases such as heart disease, stroke, skin diseases, ocular diseases, kidney disease, and a wide variety of others. Diabetes can be controlled by physical activity, which includes cycling. It can be very beneficial in controlling diabetes as the glucose present in the cells is exhausted and the glucose from the blood is drawn in by the cells and converted into useful energy.

Increased Energy Levels: Cycling helps increase the body’s stamina and gives a boost to the endurance capacity of a person. Energy levels get higher, resulting in enthusiasm at work and generally higher energy for all normal activities. It opens options for other kinds of exercises and fitness activities.

Stress Management: Bicycle riding can be taken up for reducing stress and having fun. Experts say that playing any kind of sport can reduce stress, but in most cases, playing sports might not be possible for many people. Instead, one can spend time riding a bicycle, which is also equally beneficial in reducing stress and depression.

Managing Pain: Cycling has been shown to help with pain management. Cycling is considered as a “releasing” exercise. Releasing exercises play a very important role in alleviating physiological and psychological issues like stress, tension, and pain. Cycling is a widely accepted pain-reduction strategy that is often implemented on children, but is just as useful for adults.

Weight Loss: Cycling is an excellent exercise for burning calories. A person cycling with a speed of 10 mph burns 260 calories in an hour. Cycling exercises the muscles in the front of the thighs and the buttocks. Regular working out helps a person maintain a lean body structure.

Cycling is an environmentally friendly mode of transportation, since it reduces pollution in our neighborhood and reduces the emission of greenhouse gases. Thus, it not only promotes good health but also a better environment. Cycling 10 km every day to work can prevent the emission of at least 1.3 tonnes of greenhouses gases annually. This reduces the risk of many fatal diseases and health issues affecting millions of people due to air pollution.

Passenger cars in cities are the biggest source of greenhouse gases like carbon dioxide, carbon monoxide, sulphur oxides, oxides of nitrogen, and hydrocarbons. These harmful gas emissions damage the nervous system and are also responsible for severe respiratory issues. Studies have also revealed that people who cycle are less prone to the ill-effects of pollution as they tend to breathe in less polluted air. Studies have revealed that every year in Australia, 900 to 2000 early deaths occur due to air pollution. About 900 to 4500 cases of cardiovascular ailments, bronchitis, and other respiratory issues have been reported in Australia every year that cost around 1.5 to 3.8 billion dollars in medical expenses. It is perhaps the only means of transport that does not cause any such diseases, while actually helping out those who are already suffering from such issues.

Apart from air pollution, noise pollution can also be eradicated to a huge extent by cycling. It is a noiseless mode of transport and thus does not create any noise that can adversely affect both the young and the old. A study conducted in the year 1993 in NSW pointed out that 73% of the population exposed to environmental pollution are prey to noise pollution as well. This shows how much impact noise pollution has on human health as well as on the environment.

Cycling is definitely a complete physical activity that has a wide range of health benefits that you can enjoy. However, some precautions must be taken before opting for cycling as a regular sport or a mode of transport.

It is important to wear well-fitted clothes for cycling. Loose fitted clothes may get stuck during cycling and cause serious problems, particularly if you are riding in heavy traffic, urban areas.

Always have plenty of water in hand and drink frequently to make up for the possible dehydration caused due to physical activity.

Stretching your muscles is important because it warms up the body and prepares it for the intense physical activity of cycling.

Wearing a helmet is perhaps the most important safety measure you need to take. It prevents head injury in case an accident of any kind takes place. Also, consider wearing appropriate elbow and knee guards for total protection.

Cycling is not just a regular physical activity meant for fitness purposes. It is also a mode of transport and thus allows people to remain fit even when they are going to work, out shopping, or for having fun with friends. The use of modern day transports like cars, motorbikes, and buses definitely make life faster and easier for everyone, but they are also reducing the lifespan of people. Incorporating cycling as a part of daily life will definitely change the current scenario of the world by promoting not only human health, but also the health of the planet.