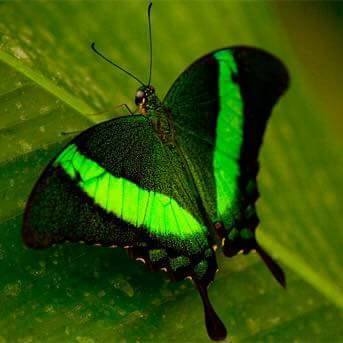 I would like to take you on a journey into the world of a particular silent illness. It’s name is `Gastroparesis. GP for short. “Gastro” means of or having to do with the stomach, and “paresis” means paralysis. Someone living with this health issue generally has a lot of problems with their entire digestive system, not just their stomach. GP creates a feeling of being full after eating only a few bites to a very small amount of a meal, and can often create bloating in the stomach. Other symptoms include chronic nausea and/or vomiting, as well as intense bouts of debilitating pain often leading to expensive, dead end emergency room visits. It is so frustrating for someone who lives in chronic torturesome pain, enduring extreme bouts of nausea and vomiting, to have doctors come back most of the time saying everything looks fine. Doctors and nurses insist you are ok, but you know you are not. Most do not understand how devastating Gastroparesis can be.

Gastroparesis is just part of the problem when it comes to Digestive Tract Paralysis, also referred to as DTP. Gastroparesis is speaking specifically of the stomach portion of the digestive tract. The colon can become paralyzed and not function, which is referred to as Colonic Inertia. The small intestine can become compromised and unable to function as well. Chronic Intestinal Pseudo-obstruction (CIP), and Small Bowel Bacterial Overgrowth (SIBO), are two among several small intestinal dysmotility problems. The esophagus can have spasms, or slow motility, causing the food to move extremely slow, creating a scary feeling that the food is stuck and your throat is going to explode. Massaging the muscles of the esophagus can help move the food down, releasing the pain and pressure as well.

There is not enough research, not enough awareness, not enough support. Many in the United States, and in other countries, are trying to BREAK THE SILENCE that hovers over these debilitating and life threatening health problems.  GastroparesisAndMe.com  GPnMEGlobal.org

This link is an informational link to an awareness video done by Jennifer Montgomery. I was able to participate and have my pictures included in this video as well. I try to do what I can do help raise awareness. We need as many people to care as possible. http://www.wipgirl.com/gastroparesis-awareness-petition/

This link is to an awareness video created by someone who is also sick with this group of health issues..  His name is Jamie Archer.  He added a couple of my pics in his video as well.   Jamie Archer’s Gastroparesis Awareness video.

For me, I had digestive issues as far back as I can remember. For a bit more than two decades, I went to doctors trying to find out why I was always so sick on my stomach, and in so much pain throughout my entire digestive system. I had to physically move the food through my colon with my hands, beginning in my mid 20s. My colon was so worn out that it ended up perforating and giving me an awful fight for my life. I had become septic from the perforation, so intense that it turned my skin gray. Instead of doctors listening during my late teens through 40 years of age, I was told I was depressed and that is was in my head. I fired a doctor who went as far as saying I didn’t want to eat. Instead of listening to what I was saying, he made up his own version about why I was on iv nutrition, which is also called Total Parenteral Nutrition, or TPN. This particular doctor also told me that I wanted my colon out, and found a doctor who would remove it. Not that my colon had perforated only weeks before, and had almost taken my life. No mention of the specialists at the hospital, with their medical recommendation to remove my colon because of the risk of another perforation. It gets tough on those with Gastroparesis and other related health problems because of the lack of education in these areas.

The only way for so many millions of people who are having difficulties from Gastroparesis and related health problems to be heard, is to make research and awareness mandatory. We are trying to reach those in each state who can help. Our research Bill HR2311, Functional Gastrointestinal and Motility Disorders Research Enhancement Act of 2015 needs each state to cosponsor. To date, only two states are supporting this Bill. When there are more than five million people sick with an illness that has no cure, and progresses with time, why aren’t their more people who think this is something to be concerned about?  Gastroparesis has been the cause of many deaths. GP affects infant to older adult. How many more people have to die, or have to continue living a debilitating torturous life, before someone takes us seriously?

In addition to being the mom of one daughter, and grandma of one granddaughter, I am an author, and the founder of Teen Moms Fresh Start, and GPnME Global. Teen Moms Fresh Start is a 501c3 nonprofit org in the state of MD, as well as the Fiscal Sponsor for GPnME Global. GPnME Global was created to educate about the group of Silent Illnesses which include: Gastroparesis, Ehlers-Danlos, Dysautonomia, Mast Cell Activation Syndrome, Convergence Insufficiency, and Chiari Malformation. This education is very much needed because of the lack of resources available. None of these illnesses have cures. The first book of the series, "Is There a Doctor in the Country?" has been published.